Aaah! Holidays! Things and stuff! While this is a book blog, it’s also a place where I vent sometimes, because hey it’s my blog, I can do what I want, shut up.

While you were all spending your autumns picking out terrible Halloween costumes and eyeing up the tastiest-looking turkey for your awkward family Thanksgiving, I did this thing that I seem to do a lot and moved to a different country. And this time, I went back to the US. To Portland, Oregon, to be specific. Because it’s totally cool to tell the entire Internet exactly where I live, right? That’s a thing that people do?

So since I moved here I’ve been pretty busy. Moving to new countries with only a backpack seems to require a lot of work: finding a place to live, finding a job, furnishing said place to live, seeking out people and forcing my friendship upon them, getting lost, etc. So my book reviews have been a little thin on the ground as of late, and for that I do apologize. Now that the job-finding and the living-place has been established and the boring real-world routine has been somewhat settled, I have less stress-time and more free-time to do things like watch endless Netflix, get drunk in the many local watering holes, and of course SPEND ALL MY TIME AND MONEY IN THIS MAGICAL PLACE IN PORTLAND CALLED POWELL’S BOOKS. It is the largest independent bookstore in the US, and their main location in downtown Portland takes up an entire city block. It is beautiful.

Now besides spending my money there (which is so easily done you can’t even imagine) I also have quite a large queue of as-yet-unpublished books to be reviewed from Netgalley.  Unfortunately, a lot of these books aren’t being released until February/March/April of 2015, so we all have to wait a bit longer to read my stunning reviews! I will say this: there are some real gems coming out in the spring, so get ready.

So if you want to know what to look forward to over the next few months here on BISHRALTA, I’ve compiled a list of books, both new releases and a few classic treasures, that you’re going to be able to read all about soon.

First, my most recent haul from Powell’s:

I am so excited about reading this book. It’s been on the mental to-read list I keep in my head for a long time now, but for some reason I’ve just never tracked down a copy. I’ve got high hopes for this one: a dystopian science-fiction novel written by Japanese-born British author Kazuo Ishiguro and shortlisted for the Man Booker prize, it was published in 2005 and has been garnering excellent reviews since then.

If you’ve been following this blog for a while, you probably know how much I love Haruki Murakami.  Despite my adoration of his novels, I still have a few yet to read: Hard-Boiled Wonderland and the End of the World being one of those.  It was published in Japanese way back in 1985, and translated to English by Alfred Birnbaum and released in 1991. While I expect it to be a far cry from 1Q84, it will be fascinating to see how Murakami’s signature style has (or hasn’t) changed over the intervening decades. 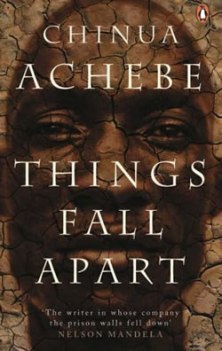 I had actually never heard of this book until I was browsing through Powell’s the other day and came across it – which I’m ashamed to admit, because it is an incredible and powerfully influential novel. Written way back in 1958 by Nigerian author Chinua Achebe, it has since become a widely-studied novel all around the world. And I am reminded again that I have some massive gaps in my education!

And here are some upcoming new releases: 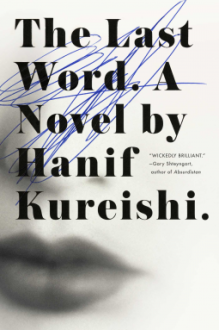 The Last Word. A Novel by Hanif Kureishi

The Last Word was published last January, but will apparently be re-released with Simon and Schuster in March of 2015. *Shrugs* traditional publishers, whatever.  I’ll be releasing my review to coincide with the March 2015 release. Hanif Kureishi has received several awards and accolades for his writing, so it’ll be interesting to see how this one turns out.

In the Beginning Was the Sea by Tomás González

Pushkin Press is a small publisher that focuses on bringing small but powerful foreign titles to an English-speaking market. I haven’t read this one yet but I’m looking forward to it.

My list extends beyond this, but we’ll leave those for a surprise.  If you have any recommendations to add, let me know!

Follow Books I Should Have Read A Long Time Ago on WordPress.com
Follow my blog with Bloglovin

Using an unconventional, exaggerated and highly subjective style, often when the reporter is part of the story

A Library of Literary Interestingness

A year of reading the world

Books I Should Have Read A Long Time Ago

These aren't your momma's book reviews

Just because you CAN read Moby Dick doesn't mean you should.

The humble quest to read everything lesbian: a lesbian book blog.